A friend of ours decided to have a Storybook themed costume party recently. I was so excited because I knew straight away I was going to go as anyone from Alice in Wonderland!

After much Googling and many hours on Pinterest looking for inspiration, I settled on the Cheshire Cat. The first two images below were my inspiration found on DeviantArt by a poster who goes by the name Archaical.

My attempt was done in about an hour, I probably would have done a more detailed job but I had really put off doing a trial run. I kinda freaked out because hers is so amazing and I didn't think I would be able to get even half of the detail. I didn't end up doing the eyeliner [I wish I had :( ], but if I ever have the opportunity to do this again I definitely would.  I would also practice with false lashes and use them too.

I used my 88 palette from Coastal Scents for the eyes. I absolutely love this palette, so much so that I have started buying them as christmas presents for my nieces, to show them that quality make up doesn't always have to be expensive. I have had mine for just over 3 years and haven't even come close to finishing even one colour! But.. I have sidetracked myself.

For the mouth I used a very fine paintbrush, using water-based white and black face paints. I would suggest using oil-based as the water-based seems to crack very quickly and using it around your mouth means a lot of movement to cause cracking.

(NOTE: The photos of my attempt were taken after the party as I ran out of time beforehand to get some good ones, hence why the paint has cracked a bit.)

At the party the birthday boy had a photo booth set up and we got some great photos from that. Here's a couple :) 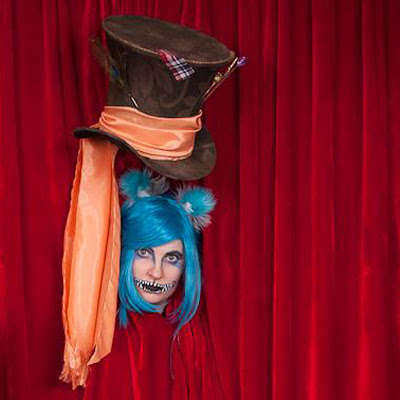 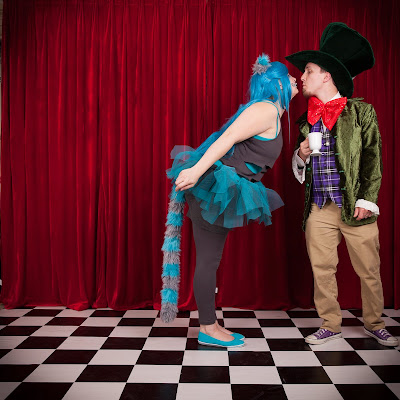 Posted by Jellybean Crafts and more at 22:37